Filming “The South Stand” at The Breyer Group Stadium

In February 2020, “The South Stand”, a short film tackling the topic of racism in football through the years, was filmed at The Breyer Group Stadium. Given the theme and title fo the film, the producer had found his ideal location in E10. The film was produced over two days and used both the current and past home dressing rooms within the stadium.

Watch “The South Stand” here, and find out more about filming at The Breyer Group Stadium here. 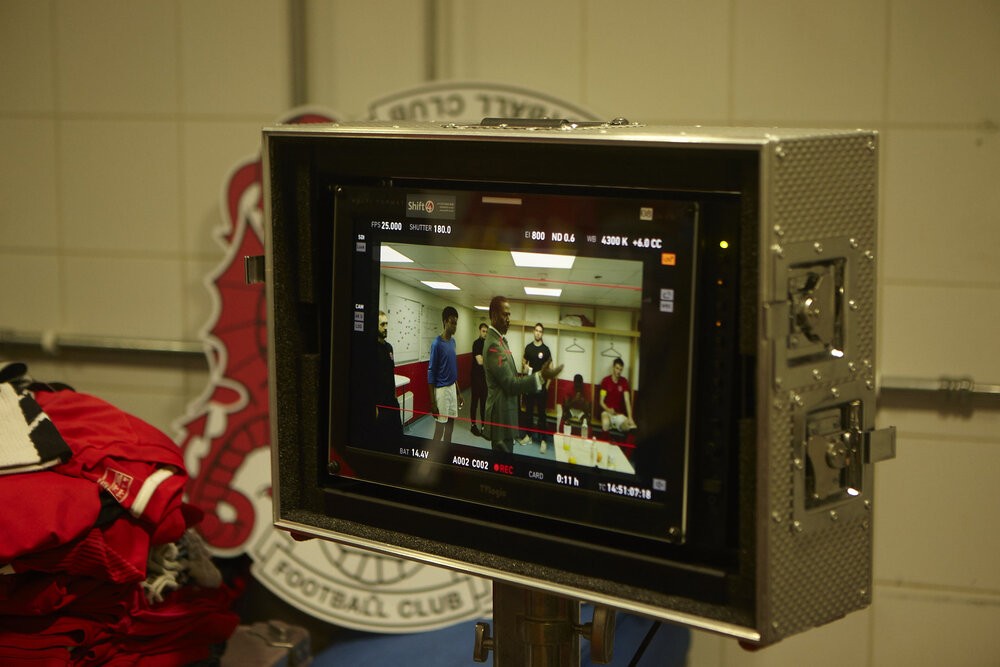 For my second short film I was looking for an authentic, old school English football ground with a lot of character for the main shooting location. I reached out to Leyton Orient who were really supportive of the project both logistically and ideologically. They also provided great catering services, making sure the cast and crew were well fed throughout, and consistently went the extra mile to make sure we had what we needed during the production. All in all, they contributed greatly to the success of our short film.

About Us Our Spaces Custom Events
commercial@leytonorient.net
020 8926 1006